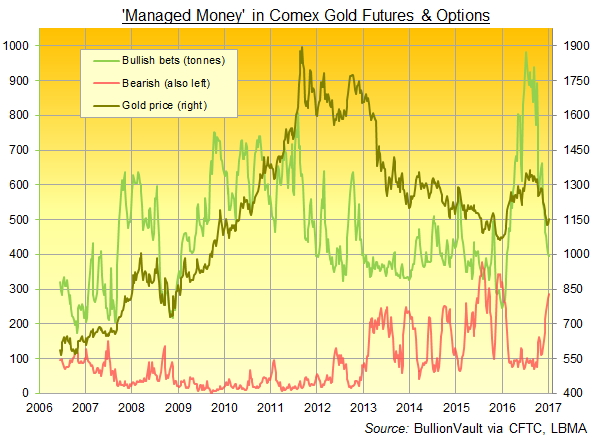 “The yellow metal continues to benefit from physical demand,” says Swiss refining and finance group MKS in a trading note, pointing to “Asian interest and a pull-back in ETF outflows” after the relentless exchange-traded trust fund liquidation of gold following Donald Trump’s victory in November’s US presidential election.
Again attacking global auto-makers which import vehicles to the US market on Twitter today, Trump has acknowledged intelligence reports claiming that Russian hackers had attempted to interfere with November’s elections, according to a spokesperson.
Russia’s crude oil output fell by 0.9% so far in January, sources quoted by Reuters claim, in line with Moscow’s commitment to assists the Opec oil cartel’s lower quotas, aimed at supporting prices.
US production continues to rise however, with the Baker Hughes count of oil rigs rising last week to 665, the highest since end-2015 and two-thirds larger than last June’s 7-year low.
“If Trump reneges on the one-China policy after taking office,” says Beijing-controlled website Global Times meantime, commenting on Taiwan leader Tsai Ing-wen’s contact with the US president-elect, “the Chinese people will demand the government to take revenge.
“There is no room for bargaining.”
Global Times elsewhere says that Trump’s series of tweets warning auto-manufacturers to build cars for the US market in the US “a valuable opportunity for Chinese automakers to expand into Mexico.”
Shanghai gold premiums rose Monday back towards $20 per ounce, offering a sizeable incentive to new imports ahead of the key Chinese New Year holidays.
The People’s Bank failed to add any gold to its bullion reserves for a second month running in December, new data showed meantime, passing up the metal’s 10-month Dollar discount as capital outflows saw China end 2016 with a drop of almost 10% in its official reserves of foreign exchange assets, down to a 5-year low of $3.01 trillion.
Meantime in India – former No.1 gold consumer nation, now set to report tax revenue from gold imports down by one half in 2016 – lenders are reporting a rising default rate amongst borrowers using gold as collateral to secure cheaper rates, a sign of economic stress amongst middle-class families following the shock demonetisation of the country’s largest banknotes in November, according to The Hindu newspaper.
The sudden cancellation of 86% of currency in circulation – aimed at killing forgeries, so-called ‘black money’ and tax evasion – has also hit India’s digital economy, according to Money Control, as “private funding dried up for unlisted players [and] the listed players are expected to be impacted by demonetisation.”