GOLD PRICES held little changed after yesterday’s drop on Wednesday as the US mid-term election results split power in Washington and new data said China’s huge foreign exchange reserves shrank to an 18-month low in October.
While the Republicans grew their majority in the Senate, the Democrats retook control of the House –  a “setback” for President Trump according to Fox News, as it risks blocking his policy agenda.
The People’s Bank of China meantime said its foreign currency reserves fell some 1% last month to just above $3.0 trillion.
Gold priced in the Dollar gave back an overnight rally to trade at $1230 per ounce.
Trading at €1071 and £936 respectively, gold prices for Euro and UK investors were also virtually unchanged from this time 3 weeks ago.
Asian equities slipped but European stock markets rose solidly after what Trump called a “Big Victory…in this incredible Midterm Election.”
Reports from India continued to say gold investment and jewelry demand remain weak for today’s Diwali festival – peak of the No.2 consumer country’s strongest gold-buying season – thanks to high prices in terms of the weak Indian Rupee.
With India’s domestic gold price edging back Wednesday, “Bullion traders said the slide in gold prices was mostly due to absence of worthwhile activity,” reports the Economic Times, “as jewellers and retailers made token purchases to mark the auspicious occasion of ‘Diwali’ and beginning of Hindu Samvat year 2075.”
An overnight drop in the Chinese Yuan versus the Dollar meantime saw Shanghai gold prices hold unchanged, trading just 1.0% below late-October’s 9-month highs.
That edged the Shanghai premium above London quotes to around $5.80 per ounce, still one-third below the typical incentive for new bullion imports into the world’s No.1 gold buying market.
China’s private-sector gold demand grew 5.1% over the first 9 months of 2018 from the same period last year, the government-mandated China Gold Association said Tuesday, with a 4.2% drop in gold investment via coins and bars offset by industrial use jumping 24.7% and jewelry demand – by far the largest segment – growing 6.9%.
“The decline in gold prices drove consumers’ buying sentiment for gold jewelry,” says the CGA.
“You [also] need disposable income to buy gold jewelry,” said analyst Li Fu from China Citic Bank at last week’s London Bullion Market Association conference in Boston, noting how the spread of online retailing has enabled gold demand growth across China, including lower-tier cities and especially rural areas, where higher-income households carry less debt than their urban peers. 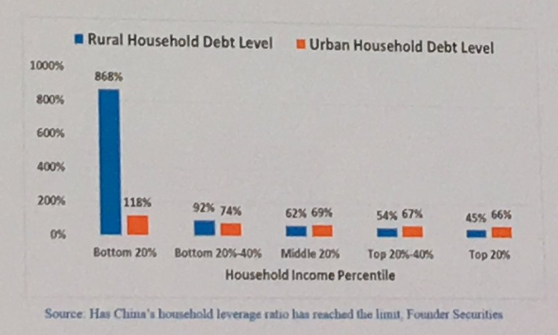 Against that however, “Chinese households currently see gold as a poor investment,” she went on, because since the price drop of 2013 it has failed to boom like real estate or equities.
Chinese households can now also access global asset markets through brokerage accounts, leaving gold as more of a “day trading” market for private investors looking to act on small price moves.
Looking at China’s world-leading gold mine output, production fell 7.5% across the first 3 quarters of this year says the CGA, with output from “all key gold-producing provinces and enterprises fell to varying degrees…[while] major groups continue to dig deeper into cost reduction and efficiency gains [such as moving to] centralized procurement of bulk materials and avoiding peak times for electricity use.
“Gold enterprises that did not meet environmental protection requirements cut production, shut down or were rectified.”
Looking abroad, “China’s gold enterprises have become unstoppable in the overseas market since the beginning of this year,” the CGA says, highlighting the policy of “going out” with a list of investments and acquisitions by Chinese miners – something stressed by industry leaders at last month’s China International Gold Conference.
Exploration spending across China’s minerals industries last year snapped 4 years of decline, the CGA says elsewhere, holding steady at the equivalent of $11 billion.
Mining-backed marketing, research and lobby group the World Gold Council in September launched a China chapter, inviting China Gold Group’s Song Xin as chairman and also welcoming Shandong Gold Group to its global board of directors.
Next year’s LBMA conference will be held jointly with the Shanghai Gold Exchange in the city of Shenzhen.
“We believe in the future development of the global gold market,” said SGE president Jiao Jinpu to the Boston conference.