GOLD PRICES rose against a falling US Dollar on Friday, halving last week’s 1.9% drop to trade back above $1220 per ounce as Western stock markets fell and crude oil rallied from this month’s 17% plunge so far.
Gold priced in the British Pound meantime re-touched £950 for a second day running, adding 2.0% for a week begun by one senior Conservative calling Brexit “a failure of British statecraft on a scale unseen since the [1956] Suez crisis” as he became the first of 8 ministers to resign over the draft EU withdrawal deal which Prime Minister Theresa May must now put before Parliament.
Two senior ‘Brexiteer’ members of May’s minority Conserative government today gave her their support.
The Pound rallied 1 cent against the Dollar after plunging yesterday to new November lows, reclaiming a $1.28 handle to trade only 1.5 cents down for the week.
The Euro meantime regained the last of a 1.5-cent drop against the Dollar to rise back near $1.1350, but European stock markets erased early gains to trade 2.5% down for the week in terms of the single currency.
While crude oil extended its bounce from this week’s 12-month lows to 5.1%, silver and platinum also rose with gold prices on Friday, adding 1.6% and losing 1.0% respectively from last Friday at $14.37 and $844 per ounce. 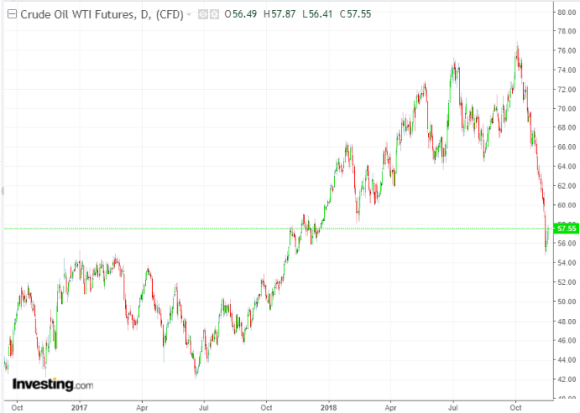 “The issues around Brexit have invigorated a little bit of safe-haven buying in the [gold] market,” Reuters quotes Daniel Hyne at Australasian bank ANZ.
“The focus of the market has turned slightly to geopolitical issues.”
“Investors are a bit more interested in gold,” agrees Dutch bank ABN Amro, “[and] the momentum is up.
“We may go to $1250 in the short term.”
Priced in the weakened British Pound, London’s FTSE100 index of international companies fell on Friday back below 7,000 – a record high when first reached in spring 2015 – but curbed its weekly drop to 1.5%.
The more UK-focused FTSE250 lost 2.3% from last Friday’s finish.
UK government bond prices edged back from Thursday’s surge, nudging the yield offered to buyers of London’s 10-year debt up to 1.40% from yesterday’s 14 basis-point plunge to the lowest since August.
Shanghai gold prices meantime rallied 0.9% from this week’s 1-month lows in Yuan terms, closing Friday above ¥272 per gram.
US President Donald Trump was meantime said overnight to be considering Turkey’s request for extradition of self-exiled cleric Fetullah Gülen – accused by Ankara of masterminding a failed coup in 2016 – in exchange for easing its pressure on White House ally Saudi Arabia over the murder of journalist Jamal Khasshoghi last month in Istanbul.
Following the loss of the House to Democrats in last week’s mid-term elections, a bipartisan group of US senators is pushing for sanctions against 17 Saudis allegedly involved in Khasshoghi’s death.
Saudi prosecutors say they want the death penalty for five people accused of the murder.
After Riyadh said last weekend it may cut 2019 oil output to try to boost prices, sources in neighboring Iraq meantime said Friday that crude oil exports from Kirkuk through the Kurdistan-Turkey pipeline have restarted, specialist news agency S&P Global Platts reports, “paving the way for a rise in loadings from [oil cartel] Opec’s second-largest producer.”