GOLD PRICE losses of $10 per ounce for this week so far were almost entirely erased in London trade Thursday lunchtime, taking the metal back up to $1268 as global interest rates eased back and crude oil edged higher once more.
The UK gold price in Pounds per ounce meantime jumped to £965, reversing almost all the week’s previous 1.6% drop as Sterling sank on the FX market after the Bank of England announced that its Monetary Policy Committee voted 7-2 to hold the UK’s key interest rate at an all-time record low of 0.25%.
Out of 328 central-bank policy decisions made worldwide so far in 2017, only 73 have seen a change to interest rates.
Excluding the US Fed and its impact on Dollar-tracking authorities such as Qatar and Hong Kong, only 6 hikes were made, with 46 decisions to cut.
Across the same number of decisions in the last 7 months of 2016, 60 changes were made, with a total of 27 hikes and 33 cuts. 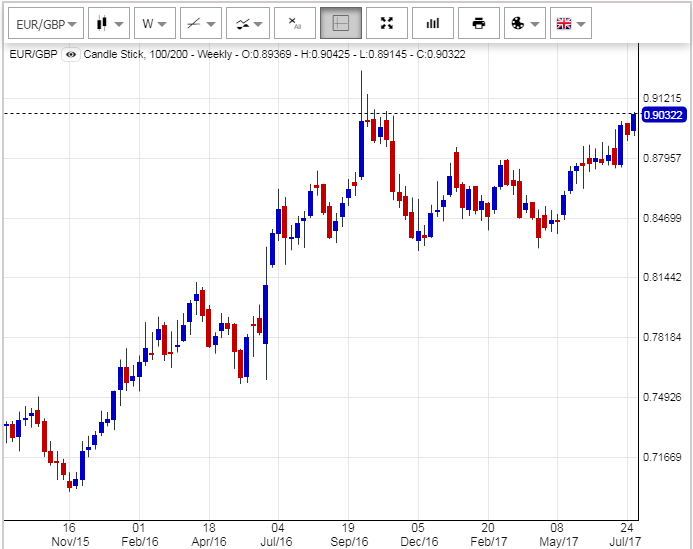 External Bank of England members Ian McCafferty and Michael Saunders – both private-sector economists – today both voted to raise rates for the second month running.
Voting to stick at 0.25%, and replacing 3-times ‘hawk’ Kristin Forbes, new external member Silvana Tenreyro of the London School of Economics found in a 2013 research paper on US rates – now due for its third publication – that “contractionary policy shocks have more powerful effects than expansionary shocks.”
Despite forecasting today that UK consumer-price inflation – already above its 2% target in June at 2.6% per year – will “rise further in coming months and…peak around 3% in October,” the Bank’s MPC also voted unanimously to keep its QE holdings of government debt at £435 billion, and also to boost its Term Funding Scheme by the extra £15bn alloted to it by the Treasury before it ends as planned next February.
“This scheme was announced last August [and] supports consumer borrowing by lowering the cost of debt…in the wake of the Brexit vote,” explains the Financial Times.
The Bank’s own director for financial stability, Alex Brazier, last week warned of a “spiral of complacency” on UK consumer debt in a speech in Liverpool.
Thursday’s fresh drop in the British Pound saw London’s FTSE100 share index of mostly global corporations rise by 0.7%, bucking weakness across Asian and European equities.
Gold priced in the single-currency Euro meantime bounced off new 3-week lows hit overnight but held 1.2% down for the week so far at €1067 per ounce.