GOLD PRICES bounced but then fell back to 2-week lows against the Dollar lunchtime Friday in London as the US currency shrugged off weaker-than-expected GDP growth data from the world’s No.1 economy.
US gross domestic product grew 1.9% annualized in the fourth quarter of 2016 according to the Bureau of Economic Analysis’ first estimate, missing Wall Street forecasts and falling hard from Q3’s reading of 3.5% per year.
Price inflation rose above 2.1% per year for the quarter, led by fuel and food costs – its fastest pace since Q4 2012.
Gold prices initially popped $5 but then fell back to $1181 per ounce, heading for their lowest weekly finish in three, some 3.2% beneath Monday’s 2-month highs.
European stock markets slipped back after New York’s Dow Jones index recorded another new all-time high above 20,100 points last night.
“Resistance [in gold prices] is unchanged at $1220.20…[this week’s] high,” says the latest technical analysis from Canadian-based Scotia Bank’s New York bullion team, still “biased to the upside as long as gold closes above $1183.”
$1220 also represents the 38.2% Fibonacci retracement of the gold price’s July 2016 high to December low, says Jonathan Butler at Japanese conglomerate Mitsubishi, pointing to a pattern used by many technical analysts to spot trend reversals.
“[So] we view this failure to breach $1220 as significant, all the more so since gold has now broken out of the strong uptrend channel that has prevailed since late December.
“More significantly [still], the 10 year US Treasury yield continues to show every sign of breaking out of its 30-year downtrend,” Butler adds, noting that even German Bund yields have hit 12-month highs as bond prices have fallen – “a further sign of how pro-risk the market has become.” 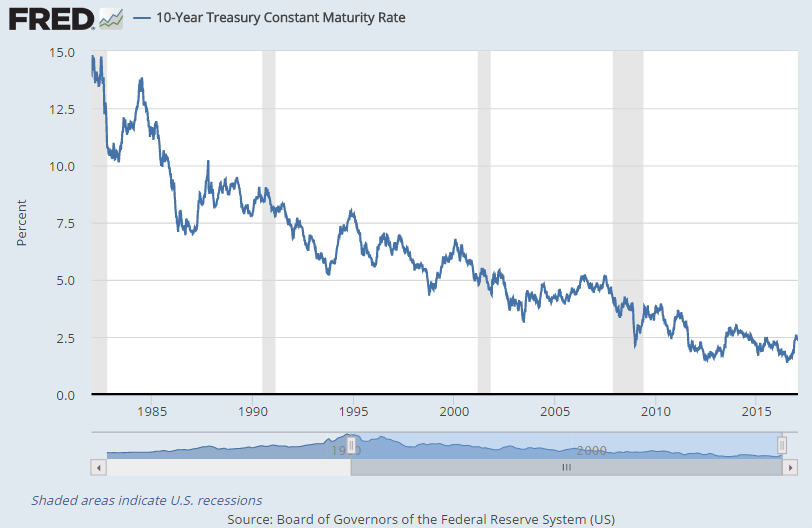 With China’s gold and other financial exchanges shut Friday for the start of tomorrow’s Lunar New Year celebrations, “The gold market was on the offer at the open,” says the Asian trading desk of Swiss refiners and finance group MKS, as dealers looked to sell.
“There is continued downward pressure in the precious metals sector,” says a note from German financial services group Commerzbank’s commodities analysts, pointing to “a firmer US Dollar, rising stock markets and higher bond yields.
“Silver is being pulled down with gold.”
Gold holdings to back the giant GLD gold ETF trust fund ended Thursday unchanged at an 8-month low, but the iShares SLV silver ETF shrank by 74 tonnes – almost a whole day’s global silver mining output – as shareholders liquidated their positions.
That took the SLV down almost 9% from last fall’s near record-high holdings, then equal to more than two-fifths of annual silver mine production worldwide.
Meantime in India – the world’s No.2 gold buying nation after China – “Wedding season demand has improved,” the Reuters news-wire quotes wholesaler Harshad Ajmera at J.J.Gold House in Kolkata.
“The price correction is also luring in customers.”